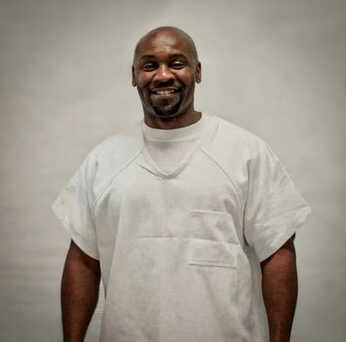 1 Crime,
2 Sentences.
​My name is Sheron Edwards. In 1999, I was arrested in my hometown Starkville, Mississippi for the following state charges: armed robbery, aggravated assault and grand larceny.
A month later, during the time I was out on bond for those state charges, Captain David Lindley of the Starkville Police Department referred those same exact state charges to the feds requesting that I be arrested for carjacking and use of a firearm.
Yes. You heard it correctly. The same crime, same witnesses, same evidence.
I ended up with two individual 20 year sentences in both jurisdictions. State and federal time.
What’s even more bizarre, is the fact that from May 13, 1999, through July 13, 2017, I completed the federal 20 years for carjacking with a firearm, only to be sent to the Mississippi Department of Corrections where I am currently serving the other 20 years mandatory. One crime. Two sentences. Unfair? Let’s see?
Continue Reading - The Dual Sovereignty Exception to Double Jeopardy: Sheron Edwards’ Story

​In his upcoming title, "Life's Lenses", Sheron gives a very detailed journey of his life - from childhood to serving his current sentences.  Sheron takes you through his personal journey of growing up - how he turned to drugs for financial security, his development of an abusive nature, his substance abuse, his music career, and ultimately his experience with death; molding him to be the man that he is now.

Excerpt - Chapter 2 "West Side Lenses"
Several memories come to mind, however, there are those that stand out and tickle
me the most. One of the first, is one of many times I foolishly accepted a double dare by my oldest brother. The dare happened during a time when no adults were home and only me and my siblings were there. It went like this.
“I dare you to stick your butt on that heater in the bathroom, chicken!”
I hated being called chicken by my oldest brother. I hated it
with a passion. I replied, “I ain’t no chicken!”
We all walked towards the bathroom. When we made it to where the heater was located, we stopped, and the show began. I looked at the orange fiery fixtures behind a waffle grilled metal cover, then proceeded to prove my point. I closed my eyes and
pulled my pants down. I refused to be ridiculed and called chicken any longer.
‘I’ll show him’, I thought to myself. Without any hesitation, I parked my little glutes on the scorching hot heater.
“Ahh!!!!” I shouted in extreme pain, as I quickly jumped off that heater and into the sink splashing cold running water on my freshly fried butt cheeks! I had waffle grill brand marks on my butt for months! How was I so naïve to even go for that?